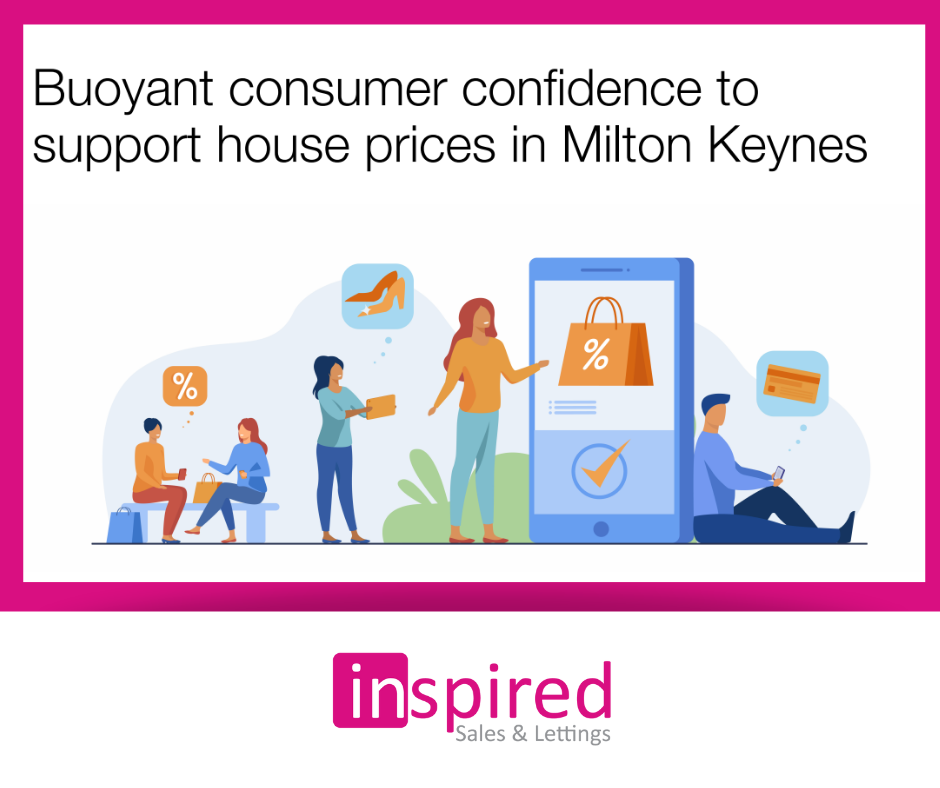 The latest ONS UK Price Index, released last week, reveals that in June, UK average house prices increased by their highest annual rate since November 2004. The yearly increase of 13.2%, equivalent to £31,000, took UK house prices to a record level of £266,000. Between April and May, prices rose by 4.2%, far outstripping the rise of 0.5% seen in the previous month.

However, recent price data from Nationwide shows that this record annual growth slowed to 10.5% in July, down nearly 3% from their June figure of 13.4%. They consider the fallback “unsurprising” in the context of gains from April to June, which at 1.6% were more than six times greater than average.

In Milton Keynes, prices have changed by a total of 30.2 per cent over the last five years. This is equivalent to an average annual growth rate of 6.04 per cent. This demonstrates clearly, the continuing desirability of our local market.

Nationwide predict that the combination of low-interest rates, increased consumer confidence, and lack of supply will continue to support house prices in the short term. Despite the impetus from people wishing to trade up to larger homes, they express uncertainty about the effect of a potential rise in unemployment on the market towards the end of the year.