Help the 10,000 people living with rare brain disease be heard 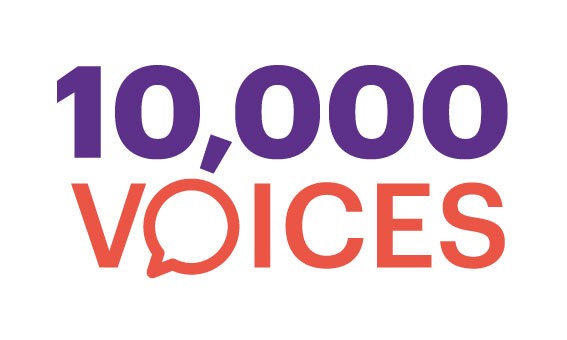 PSPA, the only UK charity dedicated to improving the lives of people living with PSP & CBD, has developed the 10,000 Voices campaign after recent research highlighted there could be up to 10,000 people in the UK living with the diseases at one time.

In addition, 91% of the charity’s supporters shared they had not heard of PSP or CBD before their diagnosis. As a result, launching on Rare Disease Day (28 February), the 10,000 Voices campaign aims to raise awareness of the conditions so more people can spot the signs and symptoms, diagnosis can be made earlier and those who are diagnosed can receive support faster.

To help do this, PSPA is calling on everyone to get the 10,000 Voices of people living with the conditions be heard by getting involved.

There are three simple ways people can get involved and raise awareness, these are:
• Share a pledge selfie on social media in support of the campaign
• Take Red Flag posters highlighting the sign and symptoms to their local GP surgery
• And, lobby their local Member of Parliament show their support too.

Carol Amirghiasvand, PSPA Director of Engagement, said: “As rare diseases, PSP & CBD are not well known, even within the medical community. Due to their rareness and similarity to other illnesses, PSP & CBD are often not the first diagnoses people receive when they head to their GP or Consultant to get their symptoms checked out. Most commonly, people are initially diagnosed with other neurological conditions such as Parkinson’s disease.

“We want to aid early diagnosis and access to appropriate services so people living with PSP & CBD receive the support they need to manage their symptoms and plan ahead. To do this, we need to help the 10,000 Voices be heard so the signs and symptoms are identified easily. We’ve a range of information and resources available as well as three simple calls to action to make it easy for people to share and raise awareness on Rare Disease Day and in the future.”