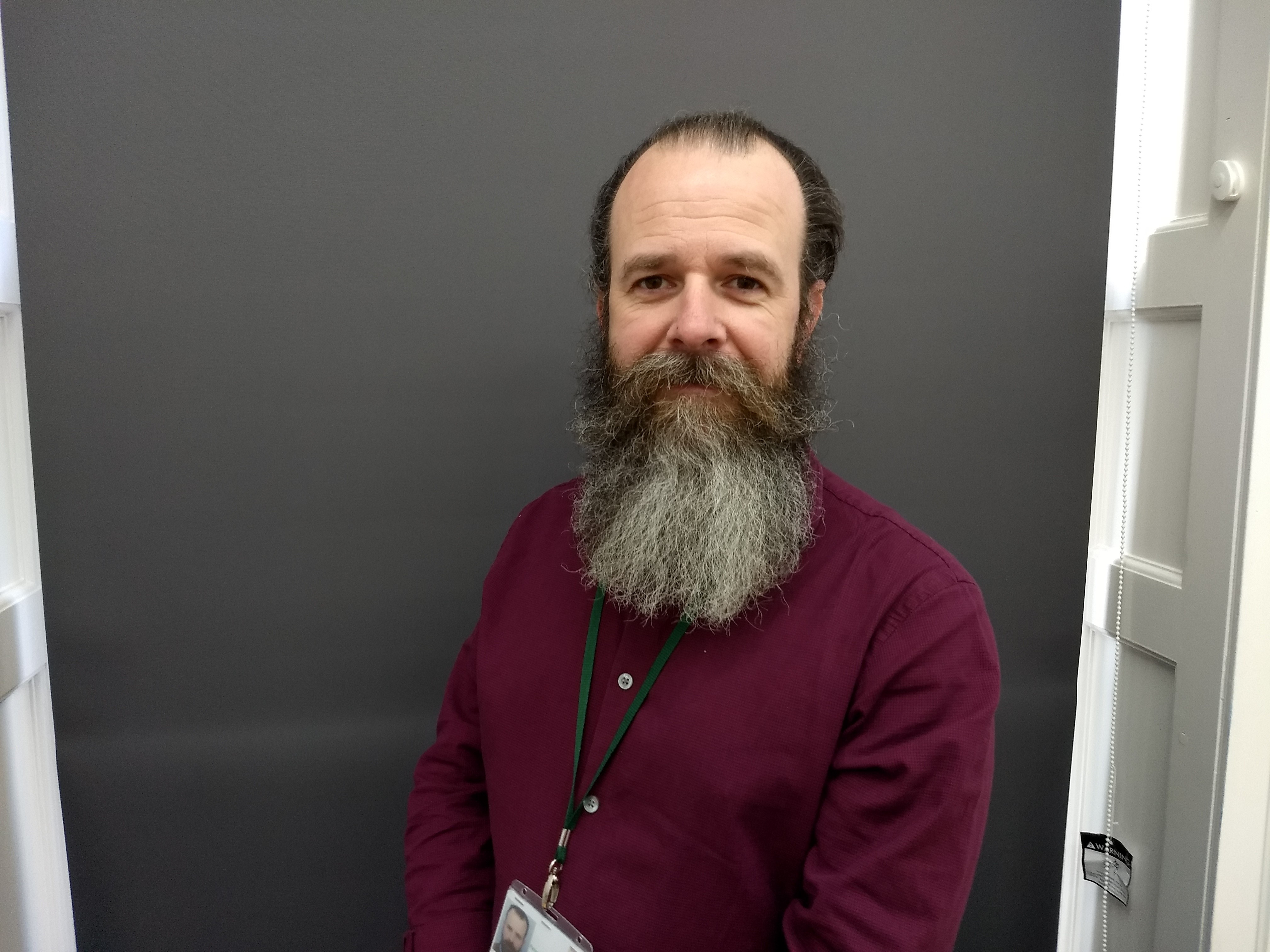 A local man is planning to shave off his hair and beard to help raise awareness of a rare brain disease called Progressive Supranuclear Palsy or PSP.

Peter Morton, from Littleover in Derby, plans to brave the shave on Friday 5 March, in honour of his dad Mike, who passed away from PSP in 2015.

PSP is caused by the premature loss of nerve cells in certain parts of the brain. Over time, this leads to difficulties with balance, speech, movement, vision and swallowing. Currently, there is no treatment or cure.

As a teaching assistant, Peter, who is also fondly known by his pupils as ‘Mr Beardy’, aims to hold the close shave at Longdon Park School as a way to get everyone involved in the challenge.

Peter said: “In 2013 my dad was diagnosed with PSP. At this time, we already knew that he was having problems with his balance and had gone through a number of possible diagnoses as his condition got worse.

“Over the next two years, we saw my mum and dad battle on as dad’s condition worsened, knowing that his condition was incurable. During this time my dad never lost his fighting spirit or sense of humour, even in his last weeks when he could no longer speak. As well as this my mum Lyn was amazing as she supported dad through his illness.

“This year I wanted to take on a fun challenge for PSPA and in honour of both my parents, who remain a source of pride and inspiration to me and my brother.”

View Peter’s before’ images and support his fundraising on his JustGiving page: https://www.justgiving.com/fundraising/peter-morton6?utm_source=Sharethis&utm_medium=fundraising&utm_content=peter-morton6&utm_campaign=pfp-email&utm_term=3a63bca54b394ab1acdd23f9f7728823