Reflections from our President, Andrew Hall, on our recent EU Seminar

The announcement by the Prime Minister of a referendum on the UK’s membership of the EU is one of the most significant political, social and economic decisions we have had to consider as citizens and business people, for several generations.

I was delighted, therefore, when our Chamber promoted a 60-minute seminar on the EU and its impact on UK business. 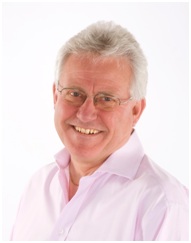 The session opened with a useful perspective on aspects of the EU – its structure and how some of its institutions operate - from one who has worked inside some of those institutions, Graeme Taylor of Taylor Insights. Graeme also debunked a few myths about what the EU does and does not influence.

Graeme’s presentation, not surprisingly, elicited mixed views from attendees. A majority voiced a noticeable degree of scepticism about the UK remaining in the EU. A view tinged with regret in some cases, by those who had previously been advocates of EU membership.

“It was great to see businesses actively engaged in the debate”

Commenting on the seminar, Graeme Taylor said “It was great to see businesses actively engaged in the debate - from both sides - about the future of our relationship with the EU. The UK has always had an awkward relationship with the EU for a number of reasons - historical, political and cultural - and there is clearly a great deal of misconception and misinformation out there. I would support the call for clearer and more balanced information on what the EU does and why.”

One aspect, on which all attendees agreed, was the need to have greater clarity about the repercussions for business for each potential referendum result.

If we stay in the EU, will anything fundamentally change about the way we do business?

For example, if we stay in the EU, will anything fundamentally change about the way we do business and the costs of trade within the EU? If we leave, what will be the approach of the UK and EU countries to bilateral trade agreements, how long will they take to put in place and what governs our EU trade in the meantime?

Sukhdeep Dhillon of the BCC was also in attendance and took the opportunity to elicit views from members about their current level of engagement with the debate and how the BCC could enhance our understanding of the issues affecting our businesses. Sukhdeep will be feeding back the comments of our members as part of a wider BCC initiative.

I am keen that our Chamber promotes further events on this topic and I would encourage all Chamber members to take an active part in the debate.