A simple, low cost and effective way to save Inheritance Tax.. if done properly 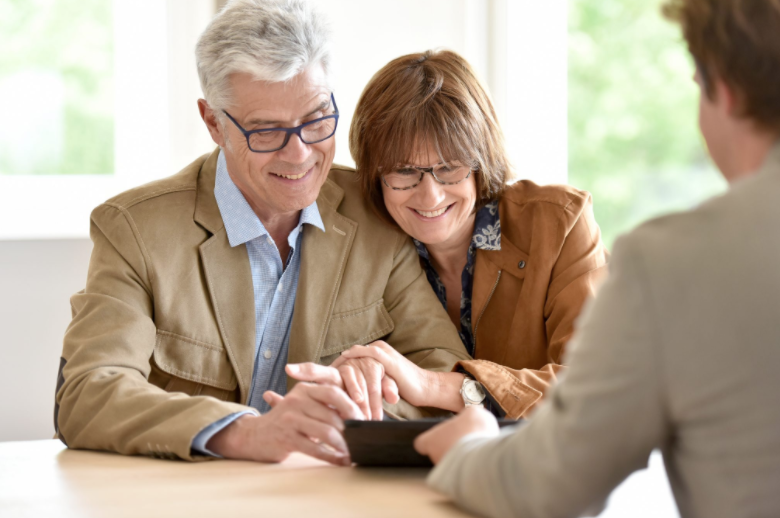 A long standing way of paying Inheritance Tax, IHT, at a discount and in instalments has been to insure the liability by way of a whole of life assurance policy. Such a strategy is particularly effective for married couples with children. Let me explain how it works with an example.

Clients of ours, a husband and wife, took out a guaranteed whole of life assurance policy a couple of years ago with a well known insurance company without our knowledge. The husband was 74 at the time and his wife was 57. The sum assured was £720,000 payable on the second death and the annual premium £10,800. The policy was written into trust using the insurance company’s trust document with just the husband and wife as trustees. The beneficiaries are their 2 children. When the plan pays out the £720,000, the money will pass into trust. It will then be paid to the surviving beneficiaries who will use the money to pay the Inheritance Tax which will then enable probate to be carried out on the deceased’s estate. This in turn will allow the estate’s assets to be distributed to the beneficiaries which is only allowed once probate is granted. Importantly the insurance claim bypasses probate and is paid out very quickly, usually within a matter of weeks, once the death certificate has been produced and a claim made.

In theory this is a smart way of paying IHT at a discounted rate and by instalments. Assuming the wife is the last to die she will have to live to age 113 before £720,000 has been paid in premiums. So it is highly likely that the insurance will be paid out many years earlier meaning that the premiums paid will be much less than the sum assured. Hence the discounted IHT payable. Of course if they were both to die prematurely then they will have only paid a relatively small amount in premiums compared to the claim value of £720,000 and the effective IHT discount will be proportionately much greater.

I was curious about how effectively this policy had been set up because I know from experience that there are a number of things you need to get right to optimise its effectiveness. The most important of those is Inheritance Tax planning. This is where the adviser badly let down our clients.

A long standing legal case a number of years ago called Rysaffe established the principle that discretionary trusts set up on different days could be treated as separate from each other and thus entitled to each have an IHT Nil Rate Band of £325,000. This is crucially important because once the £720,000 claim is paid into the trust it then becomes liable to IHT tax charges known as the Periodic and Exit Charges. Both IHT charges apply to the excess above the Nil Rate Band, NRB, of £325,000 currently. The Periodic Charge applies every 10 years and is at a rate of 6%. The Exit Charge applies on the money gifted from the trust to the beneficiaries on the excess above the NRB too but at a rate of 20%!

So what should the adviser have done? Well quite simply, he should have arranged multiple policies, say 3 or 4, for smaller sums assured of, say £180,000-£240,000 each, and set them up on separate dates and each into separate trusts. For example, 3 policies for £240,000 sum assured each which combined are equal to the original sum assured of £720,000. This means that each trust will pay zero IHT in both exit and periodic charges because £240,000 is comfortably below the NRB of £325,000. Simple, eh?

A further problem with the current arrangement is that only the husband and wife, the lives assured, are nominated as trustees. Again this is pretty poor planning. What’s the use of the settlors, the husband and wife, being trustees when they will both be dead by the time the policy pays out? There will be no trustees to administer the distribution of the insurance claim once it is paid into the trust. What’s more there is no cast iron guarantee that the children, the beneficiaries, will be appointed trustees on the second death especially if it were to happen over the next few years because they are still minors i.e. aged under 18. This could result in costly legal fees to resolve the issue.

Whilst it is highly likely that the policy proceeds would be distributed to the beneficiaries eventually it is not guaranteed either. The husband has adult children from his first marriage who could challenge the decision of the trustees to pay the money to the children of his second marriage. His adult children could even argue that they should be appointed as trustees because they haven’t been excluded as potential beneficiaries of his estate as the insurance company trust deed has standard wording that does not provide for exclusion of beneficiaries. By the way the husband has provided separately for his adult children in his Will but they could easily dispute the Will. Wills can be re-written within 2 years of death by way of a Deed of Variation. Again hefty legal fees could become payable if a dispute ensues.

In such situations I would always advocate the use of a private trust which could be tailor-made to exclude the adult children from the first marriage. I would also appoint 2 further adult trustees, probably close younger relatives of the husband and wife or other trusted adults, at least until the children are old enough to assume the responsibility of being trustees.

A further planning point is for the trust/s to not distribute the money as gifts but rather as interest free trust loans to the beneficiaries. Why? Because the money will not form part of the beneficiaries’ estates but will become debts instead which will be eligible for Inheritance Tax relief at a rate of 40%. Based on the insurance payout of £720K that we mean further IHT relief to the children of £288,000 when they eventually die. A not insubstantial tax saving don’t you agree?

The existing trust does allow trust loans but without an adviser to advise the beneficiaries of the benefits of such a strategy there is little likelihood of it being done especially given the track record of the other adviser so far. I would also advise the clients to introduce me to their children in order to start to build a relationship with them so that they can eventually become clients. This way there is much greater likelihood of the planning working in the best interests of both the parents and the children.

So everything is not as straightforward as it could have been with proper planning. Unfortunately it appears to me that the adviser was more interested in earning commission from the sale of the insurance policy than professionally planning to save Inheritance Tax for the clients and their beneficiaries and to make sure that the planning actually worked.

By the way there are many other even simpler ways to save IHT that could mean that this couple could take out a lower cost policy for a lower sum assured or not insure the liability at all. This could potentially save them a lot more money in the long run.

So the lesson is that if you have an Inheritance Tax problem make sure you always get professional advice and be prepared to pay a value-based fee for it. Also if you have arranged a whole of life policy and used an insurance company trust have you set it up properly and have you had the arrangement reviewed? If not, you should. You know it makes sense.

This communication is for general information only and is not intended to be individual advice. You are recommended to seek competent professional advice before taking any action. All statements concerning the tax treatment of products and their benefits are based on our understanding of current tax law and HM Revenue and Customs’ practice. Levels and bases of tax relief are subject to change.